Adola is a woreda in the Oromia region in the Guji zone of Ethiopia. The word Adola means ‘source of gold’ i.e. a gold mine. It is a region bound by green forest and mountains and the view is splendid. Adola woreda is bordered by Uraga on the South, by Odo Shakiso on the southwest, Bore on the west, by Haranfemiy woreda on the north and Anasora on the east. 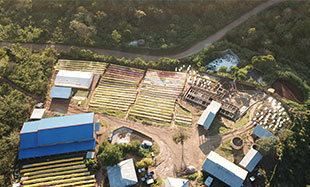 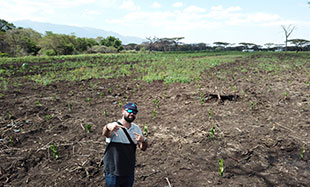 The major soil of Adola rede district is nitisols (red basaltic soil). The colour of the soil is dominantly brown. The forest area is characterized by a rolling topography and it is highly dissected by two main rivers Genele and Dawa.

Our company has been operating in this area for the past five years. We chiefly work with 2376 and odd smallholder farmers with an average 1-2 hectares per farm. We have also established a charity organization called Buna Qala for the farmers and have undertaken many projects including building an elementary school, roads, and electrification projects.