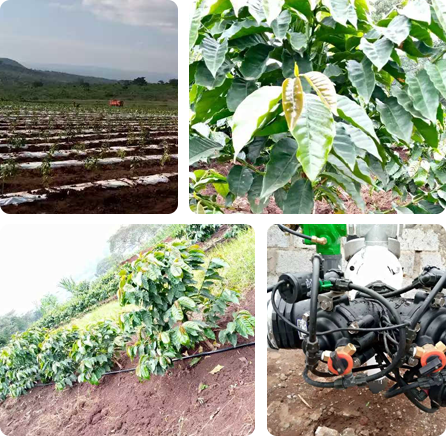 Irrigation is the process of applying controlled amounts of water to plants at regular intervals.

Irrigation helps to grow crops, maintain landscapes, and revegetate disturbed soils in dry areas and during periods of less than average rainfall. Irrigation also has other uses in crop production, including frost protection, suppressing weed growth in grain fields, and preventing soil consolidation. In contrast, agriculture that relies only on direct rainfall is referred to as rain-fed.

At Kerchanshe PLC. we use irrigation systems because it will help us:

We, Kerchanshe Trading PLC. want to increase our coffee productivity, so we are applying two different kinds of irrigation in our coffee farms i.e Drip Irrigation and Sprinkler Irrigation. 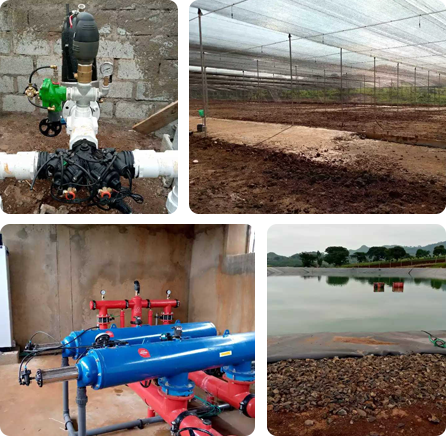 Drip irrigation is a type of micro-irrigation system that has the potential to save water and nutrients by allowing water to drip slowly into the roots of plants, either from above the soil surface or buried below the surface. The goal is to place water directly into the root zone and minimize evaporation.

This irrigation system helps us to protect our coffee farm from weed. Our coffee farm has two risers that can irrigate 150 m and have 8 gate valves which can be managed both automatically and manually.

Sprinkler irrigation is a method of applying water like natural rainfall. Water is distributed through a system of pipes usually by pumping. It is then sprayed into the air through sprinklers so that it breaks up into small water droplets that fall to the ground. The pump supply system, sprinklers, and operating conditions must be designed to enable a uniform application of water. We use this irrigation system on our nursery sites that is encamped on one-hectare farming land. We can produce half a million coffee populations based on the irrigation system.

A typical sprinkler irrigation system consists of the following components: