A basic understanding of the country's diverse climate.

Ethiopia’s location in Africa’s tropical zone and the country’s varied topography is the primary reason for its varied rainfall and temperature patterns. Ethiopia can be divided into three zones- cool, temperate, and hot- which is locally known as the dega, the weina dega, and the kolla, respectively. 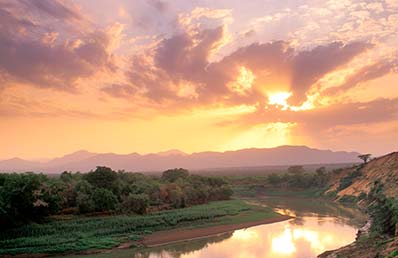 The cool zone or the dega include the central parts of the western and eastern areas of the northwestern plateau and a small stretch around Harer. These areas are generally above 2400m above sea level; average daily temperature ranges from freezing to 16 degree Celsius, with March, April, and May being the warmest months.

All through the year, the midday warmth diminishes swiftly by afternoon, and nights are generally cold. During most months, light frost is formed at night and highest elevations experience snowfall. Lower areas of the plateau, between 1500-2400m above sea level, constitute the temperate zone. Daily temperature ranges from 16 degrees to 30 degrees Celsius.

The hot zone comprises areas where the elevation is below 1500 meters. This includes the Danakil Depression, the Eritrean lowlands, the eastern Ogaden, the deep tropical valleys of the Blue Nile and Tekez rivers, and the peripheral areas along the Sudan-Kenya borders. 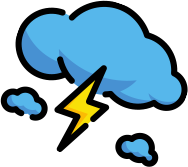 Days are extremely hot and daily temperatures vary extensively here compared to the other two regions. The hot zone’s average annual daytime temperature ranges between 27 degree Celsius but midyear reading in areas along the Red Sea coast often show a record 50 degree Celsius and to more than 40degree in the regions around Ogaden.

Differences in precipitation throughout the country are the result of variations in elevation and seasonal changes in the atmospheric pressure systems that influence the prevailing winds. Due to these factors, many regions receive rainfall throughout the year.

But other areas also experience seasonal precipitation. In the more arid lowlands, rainfall is always scanty.

In January, the high-pressure system that brings monsoon rains to Asia travel across the Red Sea. These northeast trade winds usually bring rains to the coastal plains and the eastern regions of Eritrea, they are devoid of moisture and are usually cool and dry. They bring a Mediterranean like climate to the coastal regions.

Winds that emerge from the Atlantic Ocean and blow across Equatorial Africa have a considerable seasonal effect on much of Ethiopia.

These bring most of the rainfall to the highlands during mid-June to mid-September. April and May witness a period of light showers by the convergence of northeast and southeast winds known as balg. These rains are followed by a brief period of hot dry weather, and toward mid-June violent thunderstorms occur almost daily. In the southwest, rainfall is evenly distributed and more plentiful. The relative humidity and rainfall drop generally from south to north and also in the eastern plains. Annual rainfall is heaviest in the southwest, meagre in the Great Rift Valley, and the Ogaden and negligible in the Danakil Depression.