Suez Canal blocked: What the mishap in one of the busiest shipping lanes means for the world 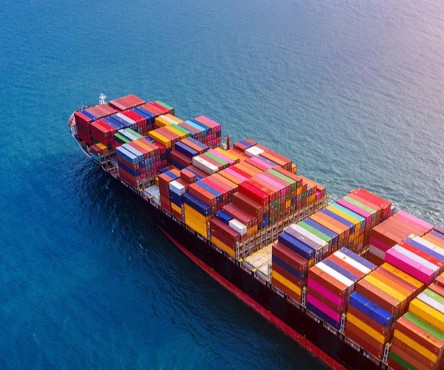 Millions of gallons of oil and millions of tonnes of goods are being held up by a mammoth vessel blocking the key shipping route.

A giant container ship remained stuck sideways in Egypt's Suez Canal for a fifth day Saturday, as authorities prepared to make new attempts to free the vessel and reopen a crucial east-west waterway for global shipping.

The Ever Given's owners say a gust of wind pushed it and its huge cargo of more than 20,000 shipping containers sideways in the canal on Tuesday, wedging it between the canal's sandy banks. The massive vessel got stuck in a single-lane stretch of the canal a few miles from its southern entrance.

"The longer the canal is closed the longer those convoys end up becoming, and the slower they become.

"If a ship's schedule is delayed by being stuck in the Red Sea it might be that it loses its scheduled berthing time at the port at which it arrives, so it has knock on effects beyond the Suez Canal itself."

Lloyd's List, a London-based shipping-news journal, estimated the value of cargo goods passing through the canal every day at $9.7 billion on average, with $5.1 billion traveling west and $4.6 billion traveling east.

The average number of vessels passing through the canal each day is 93, meaning that nearly 300 vessels have already been blocked thus far, with the jam not yet close to being cleared and the possibility that it could take weeks to dislodge the ship. The ship's owner, Japanese company Shoei Kisen, said Friday that it hoped to free the vessel on Saturday, according to Nikkei Asia.

The blockage affects the already-strained global supply chain, which has experienced shortages and shipping delays since the pandemic began last spring. It has also forced some ships to reroute and instead make the long, dangerous, and costly journey around Africa's southern tip.

It remained unclear how long the blockage would last. Even after reopening the canal that links factories in Asia to consumers in Europe, the waiting containers are likely to arrive at busy ports, forcing them to face additional delays before offloading.